Ghosts in the Air Glow is an ionospheric transmission art project using the HAARP Ionospheric Research Instrument to play with the liminal boundaries of earth's atmosphere and outer space.  Air Glow (artificial aurora) and Luxembourg experiments (ionospheric mixing) will be paired with the AM modulation of Narrow Band Television (NBTV) video art, Slow Scan Television (SSTV) images, spoken word, and sound art created by Amanda Dawn Christie.  As a citizen science experiment to learn more about propagation, shortwave listeners from around the world are invited to tune in and submit reception reports online through the project's webiste. 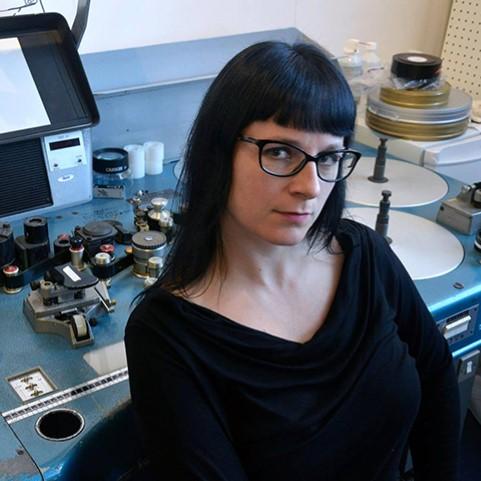 Amanda Dawn Christie is an interdisciplinary artist working in film, video, performance, photography, and electroacoustic sound design. Her performances, installations, and films have been presented internationally. Concepts and themes explored in her work focus primarily on the relationship between the human body and analogue technology in a digital age. She spent the last decade working on various projects related to shortwave radio and the RCI (Radio Canada International) shortwave transmission site. These include Spectres of Shortwave—a two hour experimental documentary film as well as several accompanying gallery installations, sculptures, and photo series —and Requiem for Radio—a one hour interdisciplinary performance comprised of five parts, including interactive instrument design, international shortwave simulcasts, and theatrical performance. Both Spectres of Shortwave and Requiem for Radio were created with the support of Arts NB and the Canada Council for the Arts. She currently lives in Montréal where she works as an Assistant Professor of Intermedia (Video, Performance, and Electronics in Concordia University’s department of Studio Arts.  Ghosts in the Air Glow is funded with the support of the Canada Council for the Arts.

HAARP is a phased array of 180 HF crossed-dipole antennas spread over 33 acres of land in Alaska. The site was built in the 1990s and was a jointly managed program of the United States Air Force and the United States Navy. Responsibility for the HAARP facilities and equipment formally transferred from the military to UAF in 2015, The goal of the research at HAARP is to conduct fundamental study of the physical processes at work in the very highest portions of our atmosphere, called the thermosphere and ionosphere. For more information on HAARP, see https://www.gi.alaska.edu/facilities/haarp

Since 2015, the bulk of the research experiments conducted at HAARP are in plasma physics. However, there is a great deal of potential for research in radio propagation. Very few experiments have been done with transmitting audio and still images.